Starting at the end of August 2017, Kai Knuutila took the helm as Digitalization Manager, a newly-created position at Glaston. His goal will be to bring the power of the Industrial Internet of Things (IIoT) to glass processing equipment, to foster solutions within the company that lead to a brighter future by embracing the power of new technology.

“I’m a big believer in technology in general. From my previous work experience, I’ve seen how the silicon industry has enabled new things that were beyond the ordinary at the time of introduction – and now are ordinary in our lives. In 2012, we weren’t even thinking about some of the ways that technology can help us. So just think about where we will be in 2022 – and all the possibilities we don’t even know yet!” Kai says enthusiastically.

He started his career at Nokia in 1998, then spent 13 years working for Nokia’s smart phones in many different roles, including system design and architecture, and on many different teams. Once Nokia changed its course, Kai went on to work for Intel Corporation, which had just opened facilities in Tampere, Finland.

Kai worked on Intel’s platform architecture for four years, helping to bring an understanding of Nokia mobile phones to the biggest processor company in the world. He worked on software architecture and system performance. Once Intel decided to shift its focus away from smart phones, Kai decided it was time to move on.

Thanks to his experience with technologies enabling IoT at both Nokia and Intel, it was easy for him to continue at a startup called Trelab, which focuses on wireless sensor solutions that measure vibration, movement and other performance data in machinery such as glass processing machines. Although Trelab is one of Glaston’s business partners, Kai actually knew the glass processing machinery supplier from much earlier on – his mother used to work for Glaston, former Tamglass.

“Nokia was a big company, and Intel even bigger. Over the years, my passion has changed to focus on a smaller company, but one that is also a technology leader. Therefore, the time was right for my move to Glaston as Digitalization Manager, supporting the company with my experience and knowledge. And I’m happy to bring my vision and capabilities into my new role to create a concrete plan for implementing IIoT and to make it happen,” Kai says.

Kai also masterminded the first-ever Hack the Glass – Hackathon, an event held in Tampere in November 2017, to bring the potential of digitalization to glass processing by allowing a group of 70 software developers, startuppers and researchers gather and explore new solutions to “hack” the challenges presented to them.

“The future is looking very bright for Glaston and everyone who is ready to embrace new technological opportunities.” 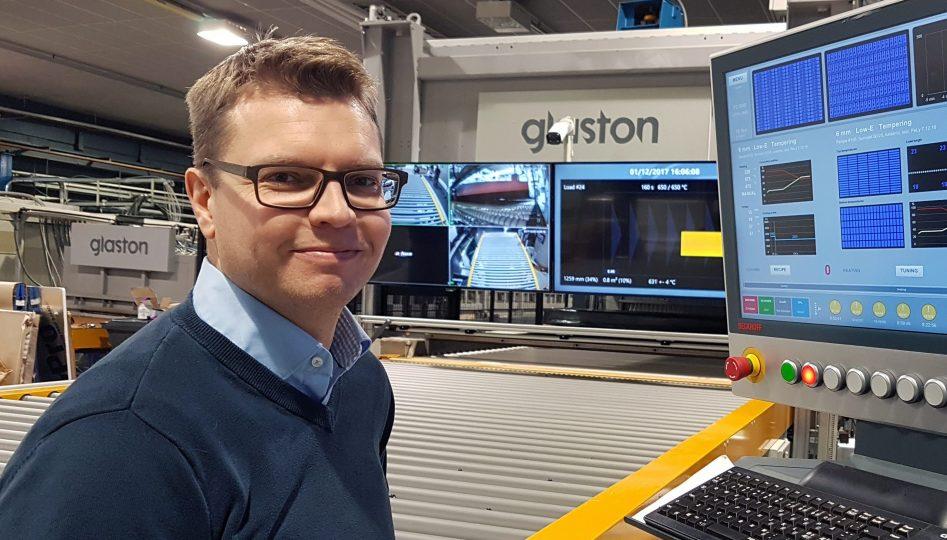